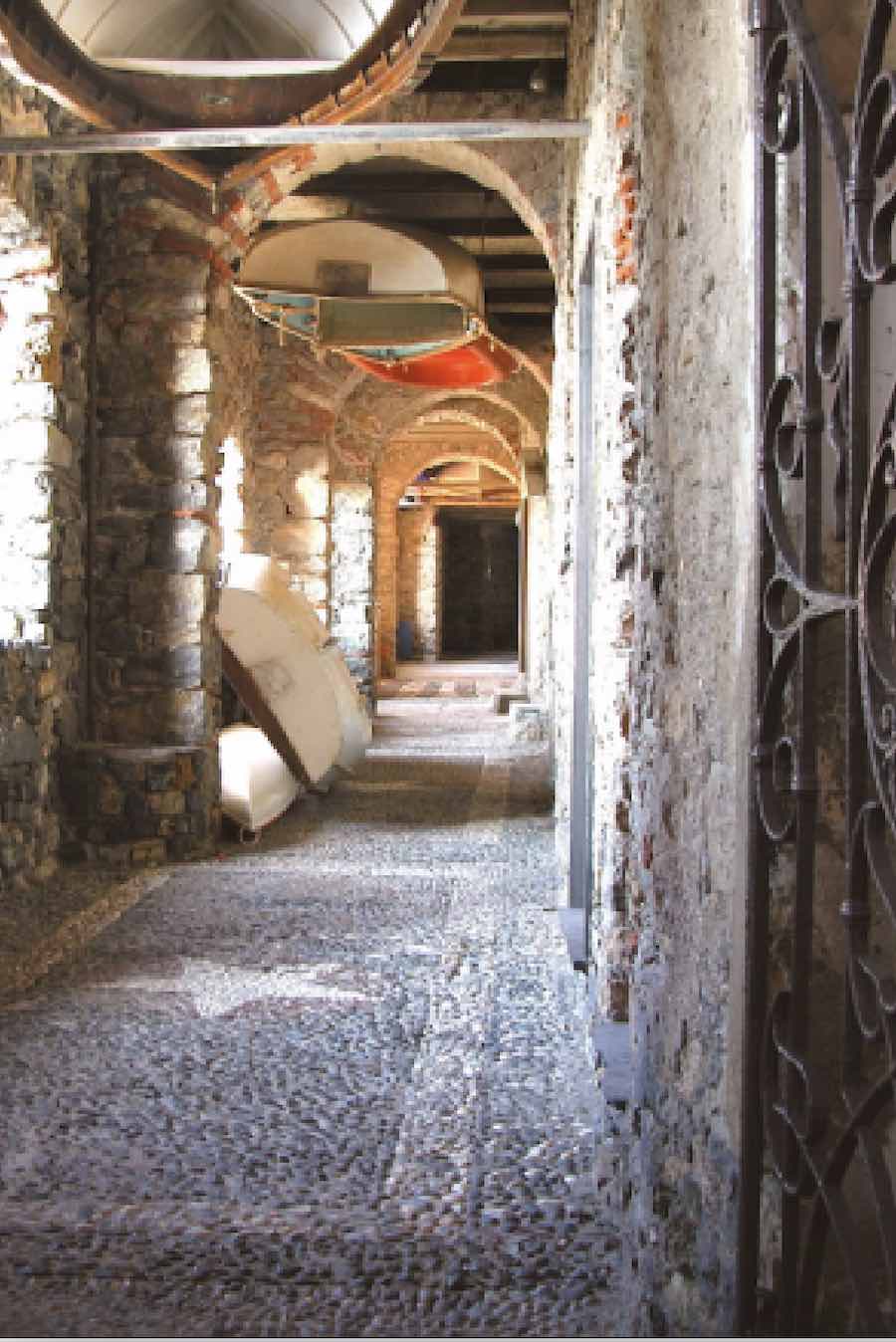 An eighteenth-century, wrought-iron gate leads to the “soto-ria” gallery. It is 70 metres long and 2.20 metres wide, and it features a geometrical pavement made of different, sandy-shore stones and a 2.95-metre barrel vault.
This gallery is what remains of the covered curtain built in the 14th Century by the locals and the houses right above it create a frontage overlooking the sea.
The gallery is located along the parapet walk connecting a squared tower (demolished after the Second World War), the round tower of the Saint George church and the oratory of Saint Mary. It was originally built as a defence against the constant incursions of the Saracens, the Catalans and the local raiders who had overrun our sea until the 19th Century.
Thanks to the big windows overlooking the sea, it was easy to defend the village against the enemies with all the offensive means of the time, such as boiling oil.