The street is named after the ancient square-plan watchtower that can still be glimpsed on the left at the end of the first section of the pedestrian street which almost certainly constitutes the oldest part of the historic center. The castle was built around a similar watchtower on the promontory that closes the bay of the village to the west.

The castle is today the construction that has maintained more intact the native aspect, but the area around goes back to the medieval period: from the whole area adjacent to the castle, to the houses around Via Trogu and Via Tra la Torre (which means “street near the tower”).
It’s possible that other towers also existed, like in Lerici and Tellaro, places among typical “tower-houses.”
Today San Terenzo extends beyond Villa Magni, made famous by the stay of the spouses Percy and Mary Shelley in 1822, while in the past the current parish church was the extreme limit of the ancient town. The coastal road did not exist until the second half of the nineteenth century, and San Terenzo was an intricate maze of narrow streets, between tall and narrow houses, overlooking the cliff.

A small stream, called Portiolo (or Portiola), identified with the channel that still flows under Via XX Settembre, crossed the village.

Unfortunately the tragedy of the burst of the fortress of Falconara (28 September 1922), placed just on the hill over the village, further to have provoked hundreds of corpses and homeless, have irremediably damaged most ancient buildings. 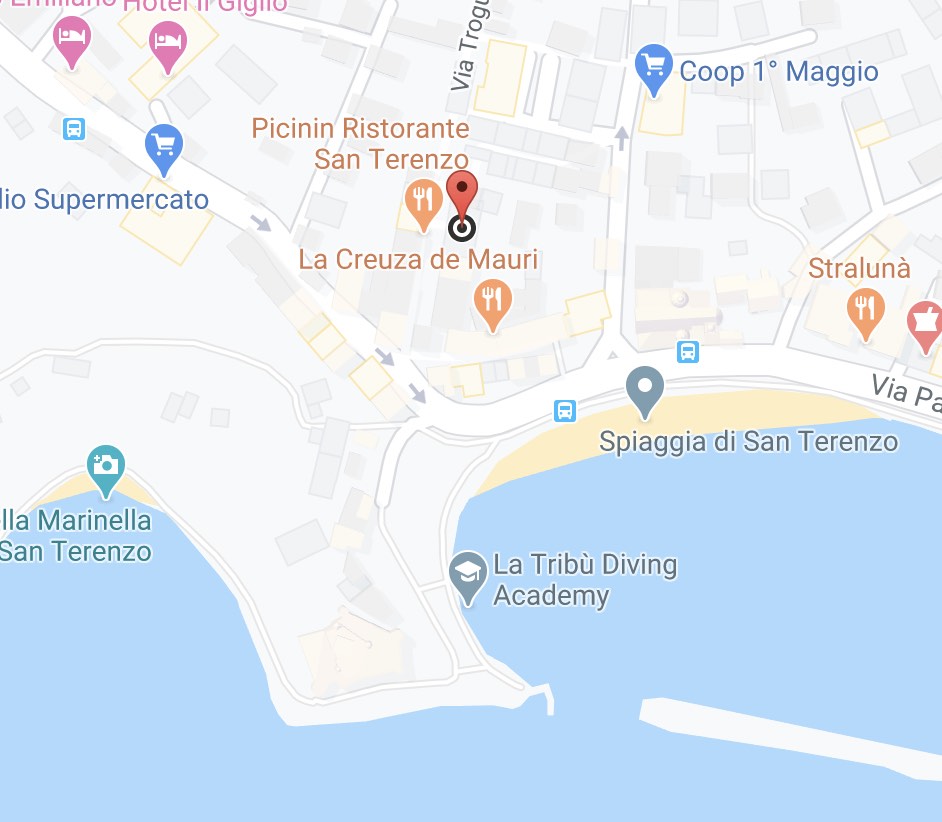