The Oratory and the Tower of San Rocco

THE ORATORY AND THE TOWER OF SAINT ROCH 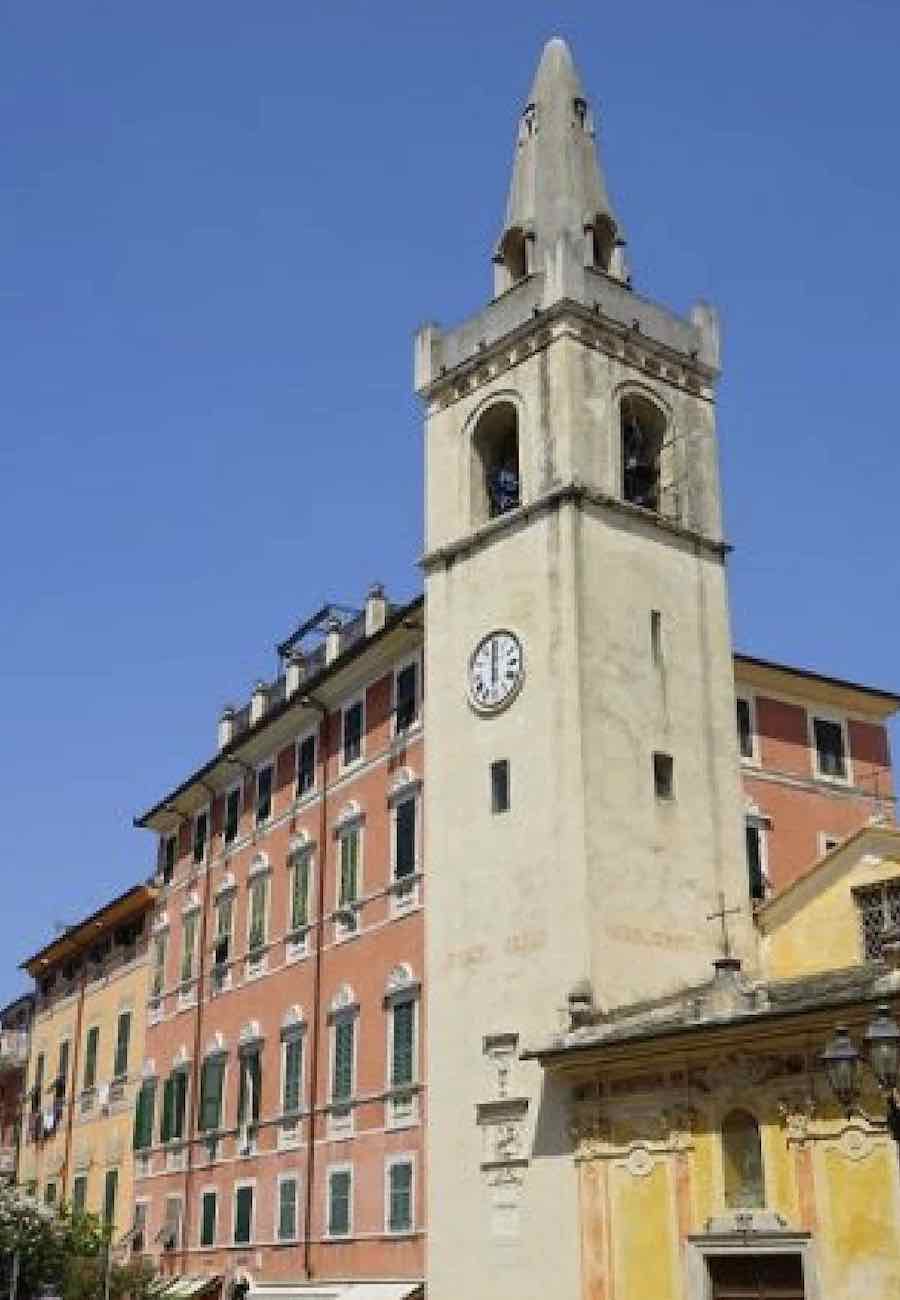 Dating back to the thirteenth century, the medieval building was originally dedicated to SS. Martino and Cristoforo. In 1524, after a terrible plague, the population grew again and the church was dedicated to San Rocco, protector against the disease: in the lunette above the entrance there is a statue that represents him.

The French saint, originally from Montpellier, pilgrim and thaumaturge, is represented here according to traditional iconography, with a wide-brimmed hat and traveling stick, in the act of showing a wound on his leg which would have been relieved by a miraculous dog. Having fallen ill himself, Rocco obtained from God the gift to intercede for those sick with the plague who had invoked his name. Friend of least and sick ones, he is therefore protector against pestilence.

Some inscriptions stand out on the bell tower. The oldest, in Gothic characters, dates back to 1287 and recalls the construction of the building by Massaro Palmerino in honor of God and Saints Martin and Christopher. Above, two inscriptions recall sixteenth-century interventions that affected the bell tower. Above some bas-reliefs: two winged figures holding up a coat of arms bearing the holm oak, symbol of Lerici, the traditional San Giorgio who pierces the dragon and the Virgin with the Child.

In 1649 the Confraternity “Mortis et Orationis” was established, which had as its purpose the suffrage of the dead and the conferring of a worthy burial to the corpses of the poor, pilgrims, travelers and the drowned.
The interior has 5 altars decorated with valuable works: an example is the high altar table, a true sixteenth-century masterpiece. In the center are depicting the Saints to whom the building was originally named, Cristoforo and Martino, on the sides San Sebastiano and San Rocco, invoked against pestilence. Also noteworthy is the seventeenth-century Holy Family with Saints Eligio and Antonio Abate, a work attributed to the famous painter Domenico Fiasella, from Sarzana, or to his workshop, especially to his brother-in-law and pupil Giovan Battista Casoni. The choice of Saints Eligio and Antonio Abate would not be accidental: S. Antonio is invoked against pestilence, while both are protectors of the carters. The oratory, in fact, was located right next to the carriage road Lerici – Sarzana, today’s Via Cavour, built in the seventeenth century.