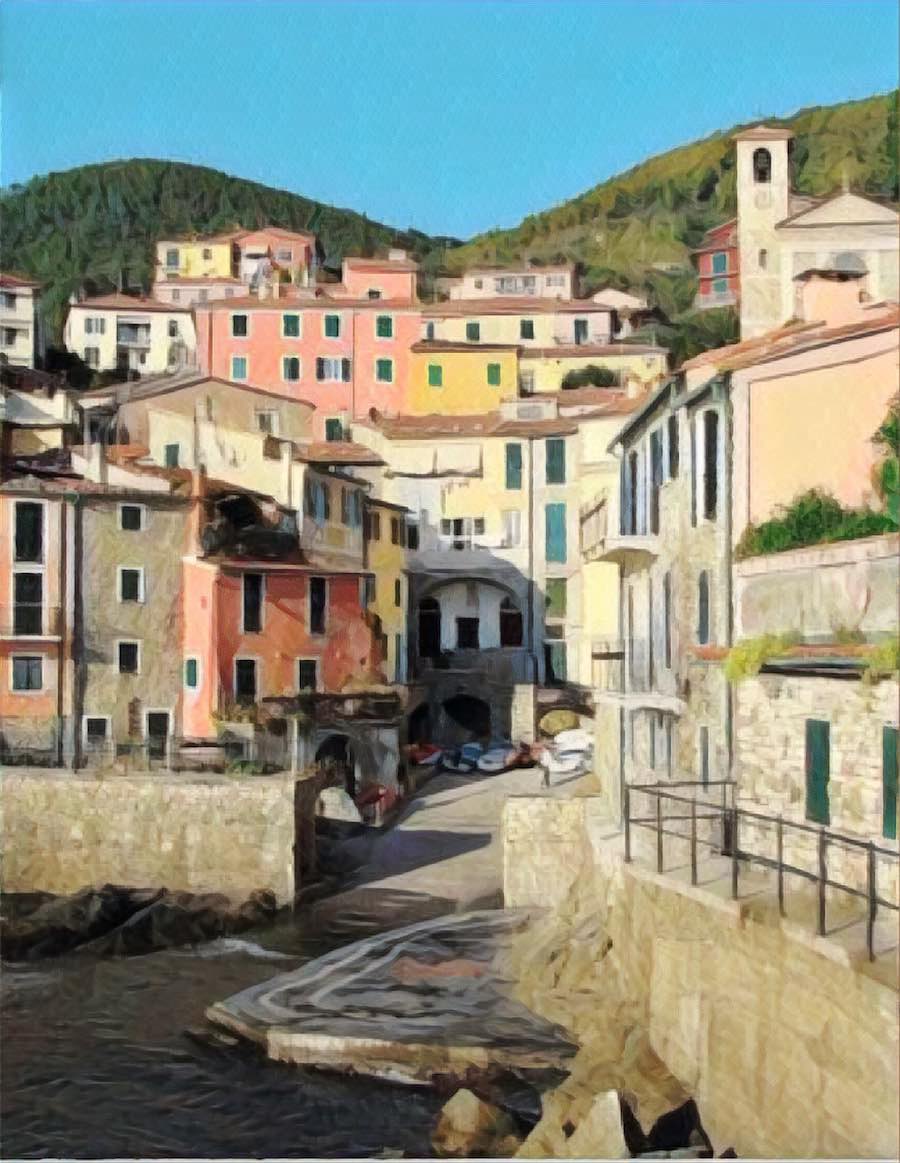 Together with the square of Selàa (in front the ancient oratory), it has always been the place of aggregation and entertainment for the population, of meetings on the occasion of civil or religious anniversaries and, last but not least, of shelter of the boats like the “scafèle” (common flat-bottomed rowing boats suitable for transporting people or things).
Until the end of the 18th Century, this gate was the only point of access to the walled village. It was located between the church of Saint George and the beginning of the “soto-ria” path, the gate used to be locked at sunset and opened again in the morning. At night, the sentries guarded the village from the bell-tower.
Along the wall of protection of the Piazza della Marina, which overlooks the port, there is a masonry seat, covered by a marble slab, in which the young and the elderly, in the rare moments of leisure, they played cards during the hot and beautiful spring and summer days.
From the small square, on which the current three streets converge, the view sweeps over the beautiful panoramic views of the Gulf of Poets, from the Tinetto to the cliff of Trigliano, the port of call of the country, on the sink made in the rock, on the small building once dedicated to S. Rocco, on the windows of Sottoria”, and on the characteristic urban configuration of the group of houses located outside the city walls, dating back to 1700.