On Monday, August 24, the San Giorgio Castle in Lerici opens to the public, after a period of closure necessary for works.

In order to avoid gatherings, in full compliance with the rules of social distance, access to the castle are contingent. Every hour there are tours lasting about 45 minutes, for a maximum of 20 people. Being a limited number of entrances, we suggest to book, calling the following number: cell. 371.3131196
It is also possible to book at the ticket office: access will be allowed until the maximum number of pax available.

Please, wear mask inside the castle

Ticket: €5,00
Reduced ticket: €2,00 (Groups (min. 10 paying members) Over 65 University students and Academy of Fine Arts students Participants in events organized by the Municipality).
Free entrance: Residents in the Municipality of Lerici – Under 18 – People with disabilities and their carers – Authorized guides with identification card – Class leaders for student groups (max 2 for each group) – A guide for each group (min. 10 people) Journalists with an identification card (in exercising of their activity – Critics and researchers authorized for studies and researches attested by educational institutions, universities, academies, research institutes and culture. Guests of the Municipality authorized by the Municipal Administration

Visitors are informed that, in the event of an orange weather warning due to hydrological problems, the Castle of Lerici will remain closed.

Every hour there are tours lasting about 45 minutes, for a maximum of 20 people. Being a limited number of entrances, we suggest to book, calling the following number: cell. 371.3131196 . It is also possible to book on the spot, by contacting directly the ticket office: access will be allowed until the maximum number of pax available.

Please, wear mask inside the castle

In the Middle Ages, Lerici was a free port with no fortifications. In 1241 the Pisans, after defeating the Genoeses during the Battle of Giglio, occupied the port and built the castle and the “Villaggio pisano” (Pisan village). In 1256, the Pisans were beaten by the Florentines and, consequently, they had to give Lerici back. The Pisans, though, refused this decision and so a Genoese fleet attacked the village and the castle. Lerici, then, became part of the Genoese possessions. After the invention of the gunpowder (1340), all the fortifications had to be fixed and plastered. The entrance from Vico Pisani was closed and a three-level ravelin was built right in front of the Castle, but at the end of the 19th Century it was demolished. Afterwards, the castle was provided with a low guardrail to fire at the entering ships.
The castle of Lerici was, for centuries, a Genoese jail of maximum safety: numerous they were the prisoners of rank confined inside, and numerous the death sentences that were performed inside the castle, above all against rebellious from Corsica Island.
Francis I of France was imprisoned in this castle (1525) and Andrea Doria hid here when the French fleet came to Lerici to catch him after he decided to serve Charles V of Spain (1528).
The medieval italian poet Francesco Petrarca spoke of the “slender tower of the castle of Lerici”, while the actual one is nearly wide of the preceding one. The pentagonal tower that we see today, decorated by whites and blacks hanging bows, contains another smaller tower, built by Pisa.
Attentively looking at the building fabrics, you can still see some windows archer, the shoe created in the overlooking side the Piazza San Giorgio (going up again to the interventions of the 1555), the primitive small door of entry, that was provided of bridge drawbridge.
Inside the castle, the there is a Chapel devoted to Saint Anastasia , a virgin killed together to other young Christians in the island of Palmaiola, near Piombino (Tuscany).

The chapel, decorated in Gothic-Genoese style, built with black and white stones, is an extraordinary example of medieval church inside a castle.
The chapel was probably erects from the Pisa, but when the Genoese regained the castle they reconstructed it, inserting characterizing decorative elements, as the two valuable bas-reliefs representatives the lamb with cross and with Genoa flag, this last completed with the Latin sentence PLEBS IANI MAGNOS REPRIMENS EST AGNUS IN AGNOS (the people in Genoa, repressing the powerful persons, it is lamb among the lambs, or that thay take the peace to the near people). This sentence refers popular revolution against the nobility of Gugliemo Boccanegra: all of this that was his was destroyed and also in the chapel the “damnatio memoriae” has been applied, for which was plastered and such it remained for numerous centuries. Only in 1930, during works of restauration in the castle, it made to emerge this sentence.
Above the entrance of the chapel, a headstone in Latin it brings a sentence in which the castle, speaking to the visitor, it tells the 1256 Genoese recapture and the consequent interventions for the castle to make surer.

Our wonderful castle is not only the historical symbol of the village, but also a museum that periodically hosts important exhibitions. 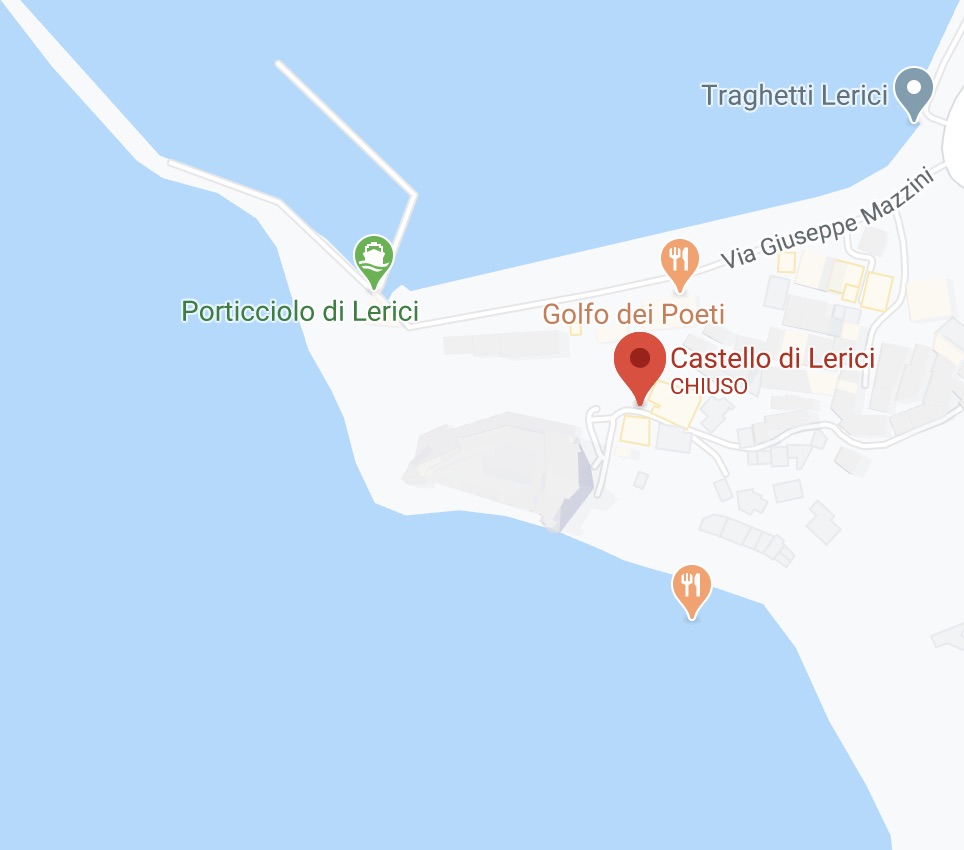